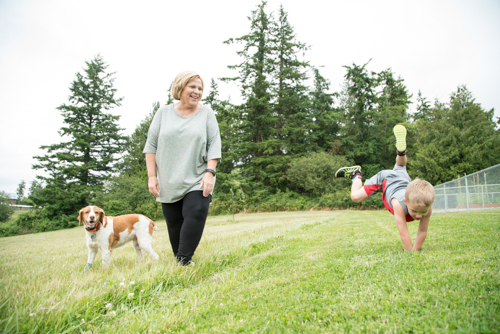 On her days off, Cheri Wickstrom of Camano Island likes to spend time with her grandson or any of her 11 grandchildren. Making room for the important things in life is something she never takes for granted.

Having raised five children, and owning two companies, she has a full life and a dormant risk. She describes her cancer as an “oddball,” one she’s been living with for the past eight years.

Wickstrom saw her doctor after she became suspicious of a pea-sized lump near the lymph nodes in her neck. After a surgical biopsy in February 2008, the lump was removed and sent to the University of Washington for further analysis.

“I was at home by myself on Camano Island when I got that phone call that said it was cancer after all,” Wickstrom remembered. She sat down in one of her recliners and wrote down everything the doctor said, asked a lot of questions, hung up the phone and cried. 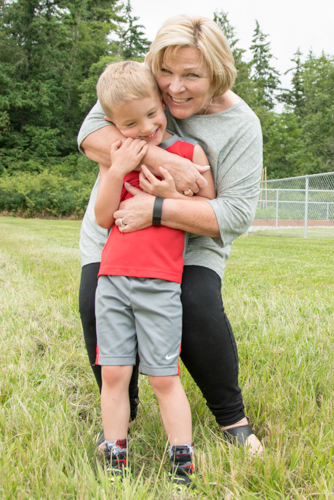 The biopsy determined she had Mantle Cell Lymphoma, a disease that lives in the blood and bone marrow. “It should have killed me right away; so Dr. (Mehrdad) Jafari tells me,” she recounted of her oncologist at the Skagit Regional Health Cancer Care Center. Her longevity, some eight years later, is a testament to her positive attitude and the acute body awareness she’s demonstrated along the way.

Although Wickstrom remains asymptomatic, she still receives scans to make sure the cancer doesn’t begin to grow. In the beginning, after her diagnosis, Wickstrom received scans and blood draws once a month. Then the scans happened every other month, then three, and then six months apart. In the last year, the scans have become annual to prevent Wickstrom from having too much exposure to radiation. If there’s ever cause to undergo radiation as a treatment for her cancer, her body will need to be ready. “We’re saving it,” she said.

If the cancer were to begin to grow, merely in the span of a few weeks, the results would quickly become life threatening. After having her most recent scan and blood work she expects Dr. Jafari to say the same thing he always has, “The cancer hasn’t grown, it’s still there, but nothing has changed. We wish it would disappear,” she said with a laugh, but so far his diagnosis has remained consistent.

According to Wickstrom, Dr. Jafari has been perplexed by her cancer and has conferred about her case to a number of other doctors connected to the Seattle Cancer Care Alliance. All of the doctors there are equally amazed at Wickstrom’s stasis. “Dr. Jafari worries about it a heck of a lot more than I do,” she said. “I always say to him, ‘I’ll be fine, I’ll be fine.’ But I live with it, and the cancer is always in the back of my mind,” she said.

After a long day of physical activity, like working in her yard for example, Wickstrom can’t help but question if she’s simply tired from physical exertion, or if her fatigue is a sign. The ambiguity is enough to weigh on her, but instead, she prefers to continue on with a joyful optimism.

Wickstrom has referred many of her friends to Skagit Regional Health. After her long-term experience with Dr. Jafari and the expertise of the hospital’s network membership with the Seattle Cancer Care Alliance facility and staff, she’s become an advocate and one of their biggest fans. “I have top care and I’ve referred several people because of my raving on and on about it,” she remarked.

Wickstrom shared her visits with Dr. Jafari often produce rounds of laughter. They discuss the sheer mystery of her continued quality of life.

“I’ve often thought, my gosh, what an amazing man. He sees all these patients, but he’s consciously concerned about my welfare, about my health, about this cancer I have and watching over me. It’s amazing and I just love them up there,” she said of the Regional Cancer Care Center staff in Mount Vernon.

Wickstrom’s cancer journey has been far from simple. She’s also been diagnosed with stage one melanoma; a condition Dr. Jafari and her dermatologist explained often goes hand in hand with Mantle Cell Lymphoma. With an impaired immune system, Wickstrom has to be careful to avoid germs as much as possible, and stay healthy. “I can still do anything I want,” Wickstrom maintained. She’s remained vigilant and hyper-aware of her body’s signals.

At age 62, Wickstrom gardens, runs two businesses, cooks and exercises in the same spirit she approaches everything. After losing many of her immediate family members to various forms of cancer, Wickstrom has intimate knowledge of the toll the disease can take. Through these losses, she’s managed to develop a keen sense of what life looks like when you truly live. Perhaps it’s her boundless inner strength and indomitable spirit that’s kept cancer at bay. Whichever, she’s a walking miracle and a testament to living in the present, expecting the best, and never giving up. 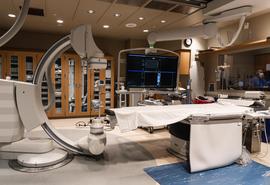 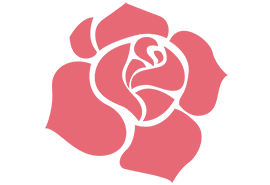 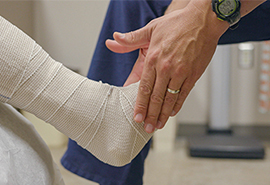