The Mount Vernon native turned successful comic, author and ebullient TV personality will debut a show based on his new book, “Name Drop,” Saturday, January 11 at the Lincoln Theatre in downtown Mount Vernon. 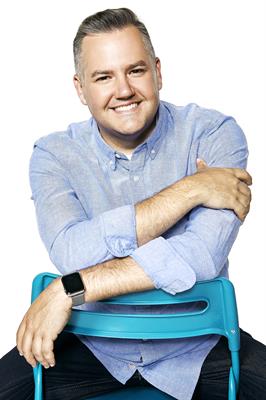 Mathews returns to his hometown for a stage presentation of his one-man show and more importantly to honor his mom, Gaye Mathews, and her health journey.

Having the event at the historic Lincoln Theatre is important to Mathews, as that was the place where he watched movies as a teen and was onstage looking out at a theater full of people, which will be the case again in January.